When Knowing What You Don’t Know Slays the Marketing Dragon 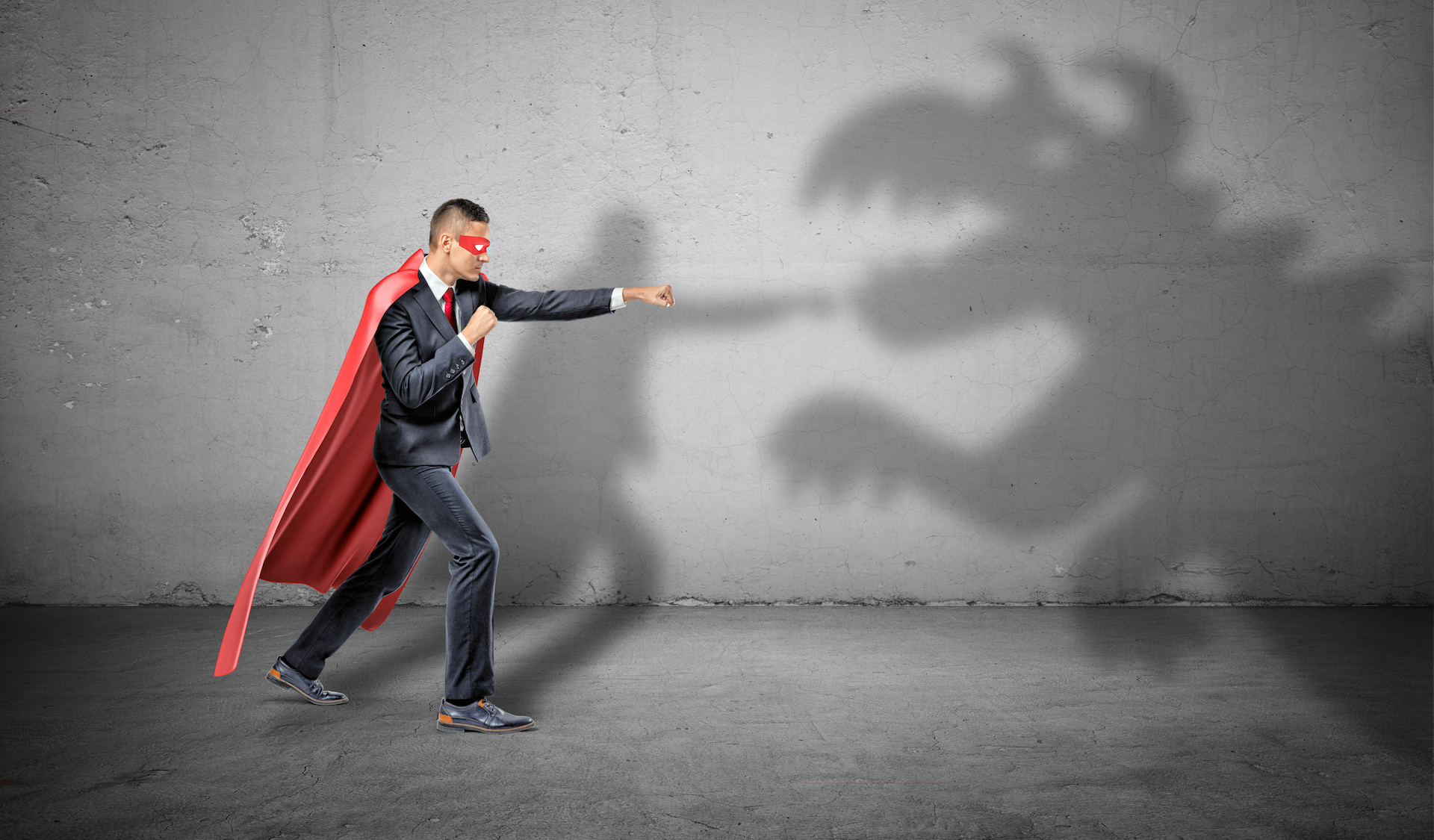 A massive amount of data is now available on every potential car buyer, with a multitude of ways to use it. And, when it comes to targeting your audience, most ad platforms try to make it easier for you. The thought process is usually something along the lines of, the more detailed you are in your targeting, the more likely that your ads, messages, video, etc., will be shown to the right people – or at least for the most part.

But what about what you don’t know?

I recently read an interesting article on Business2Community which had me thinking about this very point. According to the article, there are four types of data: Facts we know, information we don’t have but know how to find, gut feeling, and things we don’t know we don’t know.

I love the last one because it makes sense and made me start to wonder how exactly DO we get information that we aren’t even looking for? Maybe we simply don’t know to look for it because nobody ever has. Perhaps we don’t look for it because, on the surface, it appears irrelevant. The trick, however, is this: all your competitors are attempting to target people utilizing the first two types of data – things we know (demographics, location, etc.) and information we don’t have but know how to find (such as targeting through AdWords, Facebook, etc.)

If everyone else is doing the same thing, targeting in similar ways and then sitting back in their chairs high-fiving themselves, what does that mean for the customer? It means that, while everyone is congratulating themselves about how great their marketing is, the customer is bombarded with noise from all these sources. While the intent of these sources may be to be relevant, when bombarded and over-saturated with messages, the customer reacts to everyone’s message as if it is irrelevant and just more noise.

Think about it, what would happen if you visited a website and each ad was for the same product or service, the only difference being that each ad was from different companies? You’d quickly ignore them all. Even if they’re relevant.

Perhaps then, a better strategy would be to stop focusing on the data that everyone else has and try to find insights using the two other types of data: gut feeling and things we don’t know we don’t know. According to the article, this can help you discover things about your audience that your competitor doesn’t know. Then you gain an advantage both in ad delivery and marketing spend. Why? Because if you use your gut, or dig deep through your data to find trends and commonalities that you aren’t used to looking for, you’d be able to bid less for display and paid search, simply because there will be less people bidding against you.

So how do you find these insights? Using data you probably aren’t tracking right now. For example, let’s simplify it to data gathered from a website. The article suggests utilizing tools such as heat-mapping and text tracking widgets to really understand that the customer visited this or that page on your website and what they actually looked at, read or engaged with. Having this information can provide valuable insight and the opportunity to learn things about your customers that you never did before.

Start thinking outside-the-box and analyze data you may never have deemed important before. You could find yourself with a competitive marketing advantage and, at the end of the day, have more money left in the bank.  READ MORE »

High-risk solutions can help you get that lead and keep it!

Far too frequently those in charge of dealership marketing decisions rely on one of two things: peer conversations/feedback, or data from a vendor showing results from a comparable dealership.

While both can be valuable in the right situation, the problem is that not all marketing solutions are effective when used in different markets. What works great on the East Coast may not work well on the West. For example, population density can affect what form of marketing works. The biggest issue, however, is that by “following the pack,” you never get ahead of anyone. You simply maintain the status quo.

The automotive industry is incredibly dynamic. Look at all the technologies available to your dealership. Those dealerships which take risks with new technologies and marketing solutions tend to benefit greatly and pull ahead in the race against competitors. However, there is an inherent risk with anything new and, the opposite can happen; that marketing investment could fail. Instead of pulling ahead, you could lose money.

So, is there a way to safeguard your investments while testing and adopting new high risk/high reward technologies?

I recommend that you place ninety percent of your marketing budget in safe marketing strategies. Choose those which have proven effective with a good return on investment in the way that matters most -- selling vehicles.

The other ten percent should be used to experiment and try new things, adopt new technologies and take risk. When those high-risk solutions take off, prove effective and are adopted by the masses, they typically tend to get less effective or more expensive. As an early adopter, you can get that lead and then keep it.

If the new thing reaps high rewards, it’s relatively easy to take that solution and transfer it into your ninety percent bucket, freeing up money in the ten percent bucket to try even more new things.

Okay, so once you get to this point, how do you know what is working and what is not?

The thing NOT to do is to take the mountain of reports provided by your marketing vendors. The KPIs they choose may not perfectly align with your dealership’s marketing goals. Most vendors choose the KPIs THEY feel prove their solution is successful in your dealership. But who defines what is, or is not successful? Typically, the vendors!

A better way to judge performance is to look at outcomes and work your way backward. If you judge your vendors by cars sold, or profit per lead, you can create a common thread that is shared by both your business and your vendors. These KPIs hold both your vendors and your dealership accountable -- a win-win. The most important goal for any car dealership is sales and profit across all departments – not if your vendor said the marketing was a success. Then use A/B testing to measure what performs the best. This allows you to identify solutions that benefit each other while maximizing your investment in those solutions.

In summary, identify KPIs that complement your dealership’s goals. Define what measurements within those KPIs equal success or failure and then test strategies within any given solution across the marketing spectrum of all your marketing channels. This will maximize your marketing spend, optimize its effectiveness and hold your vendors accountable for performance metrics that matter to your business. This way the vendors win too!  READ MORE »

Are Autonomous Vehicles the Future of Automotive Marketing? 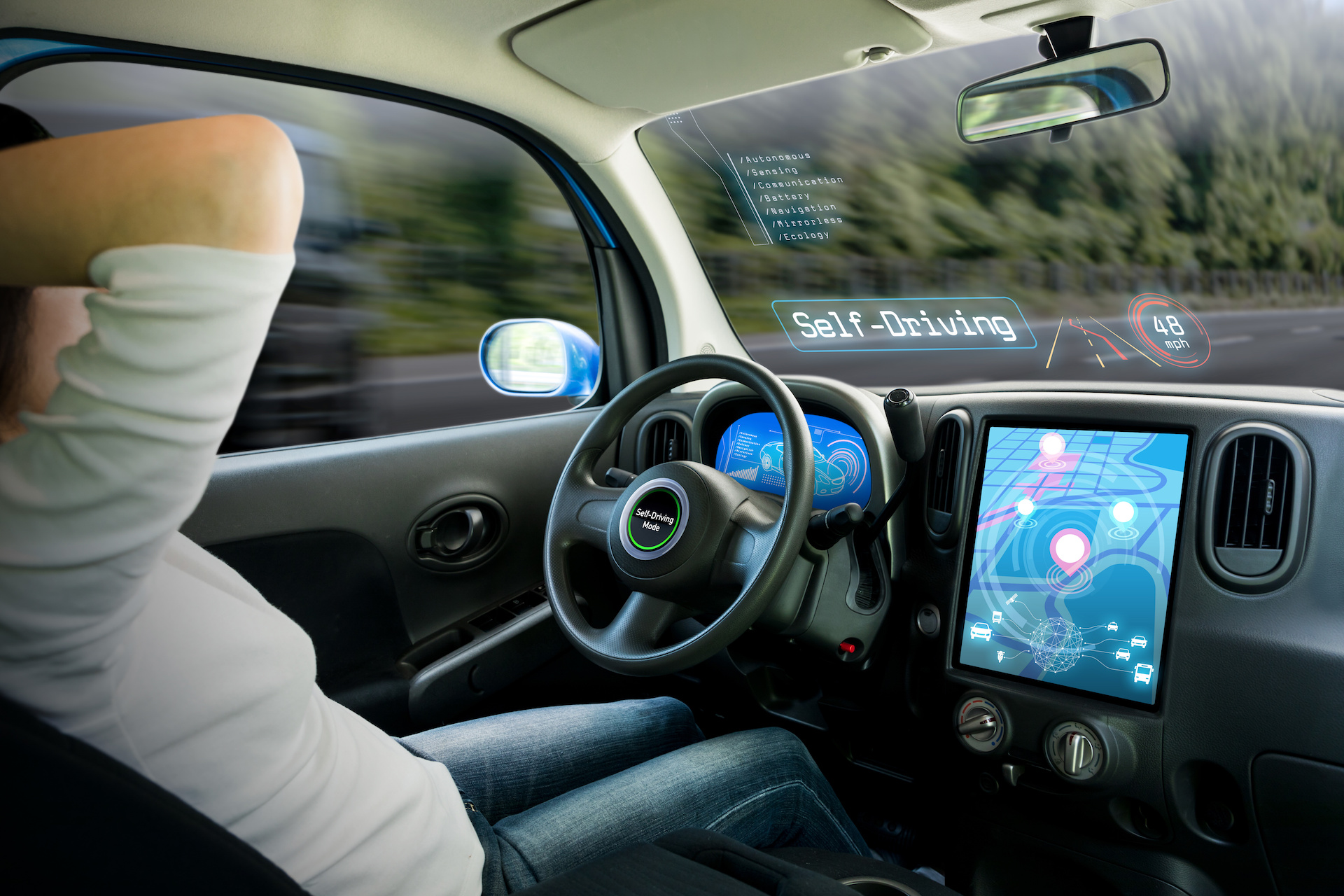 If you backtrack through the history of advertising and marketing, you’ll find it’s always been about pushing the message to the consumer. In the old days radio and television were the dominant media and consumers had little choice but to watch and listen.

Then, as increasing numbers commuted to work, marketers took their messages to the roads in the form of billboards. Fast forward, and, as consumers ventured online, banner ads and popups vied for their attention; and as video game popularity increased, advertisers started putting ads inside the games themselves.

But then consumers rebelled.

Along came the DVR which has invaded just about every household, allowing consumers to skip commercials altogether. At first there was massive pushback against this by television stations and advertisers. In fact, the first DVRs didn’t allow you to skip commercials.

As technology continues its forward march, consumers can now stream music or listen to ad-free satellite radio. They have their iPods in the car, or Apple CarPlay playing their music, avoiding radio ads.

In addition, ad blockers prevent websites from serving ads. And, due to new technology, those same ads have largely become invisible for many consumers. The question is, where will consumer’s eyeballs be next, and how can advertisers take advantage of it?

Well, automaker Renault seems to think the future of marketing is with the captive audience in autonomous vehicles. According to an article on Bloomberg.com, Renault just purchased 40 percent of the Challenges magazine group, publisher of a weekly economic magazine and four monthly science and history journals.

It looks like Renault believes future revenue will come from this deal because, as stated by Renault in the article, “users will have more time to spend on other activities while in the car.” And that means there will be more opportunities for marketers to once again push messages to consumers who, in a very real sense, will be a captive audience. When the vehicle is driving, it’s not like the consumer can jump out. And, since they don’t control the vehicle, who’s to say what functionality will be available.

It’s not inconceivable that consumers could watch movies, television, or play video games while traveling. Some vehicles already have this technology, although the driver isn’t participating -- or at least shouldn’t be.

By current estimates, a society with 100% autonomous vehicles is decades away. While many challenges exist in implementing this transformation, the one thing that’s certain is that people sitting in a vehicle that does everything for them are going to get bored and will search for ways to entertain themselves. This, in turn, provides new opportunities for marketers.

It’s hard to believe that people will be able to turn the car off to avoid marketing -- and almost a certainty that autonomous vehicles won’t even belong to the passenger.

Could Renault be onto something here? Will they show the automotive world exactly where the future monetization of the automotive industry lies -- in a world of autonomous vehicles?